The ability to quickly gauge the impact of a change or when a change has a negative impact on production is invaluable. TD/OMS was designed with the developer in mind, and the ease of use is evident when you can quickly see the impact of a change in our Graphical Impact Analysis or dependencies across all platforms in your enterprise with Xref. Easily and safely deploy changes across multiple environments and/or platforms. When a bug does appear, you can easily compare and merge sources if needed to resolve the issue. These features increase the developer’s productivity on a daily basis and help deliver better code in a timely manner.

With our Graphical Impact Analysis you can quickly see the impact of a requested software change. TD/OMS contains all the relationships and dependencies for the objects being managed, and they are visually displayed providing easy analysis of the relationships between the components. Sometimes you want to see the impact on a certain group of objects or types this can be done by using filters specifying certain component and relation types.

Common standard filters are shipped with the product, but you can also define an unlimited number of your own customized filters. The resulting view can be printed, saved to a file and/or used to connect the components to a TD/OMS task.

Our technologies and applications have advanced, and integration between various systems has evolved and become more complex. The need to access objects across systems in many different languages is now an everyday occurrence. Total oversight for managing these complexities has never been more crucial to your team’s or enterprise’s success. Xref resolves this problem by providing an easy-to-use multi-platform search engine. 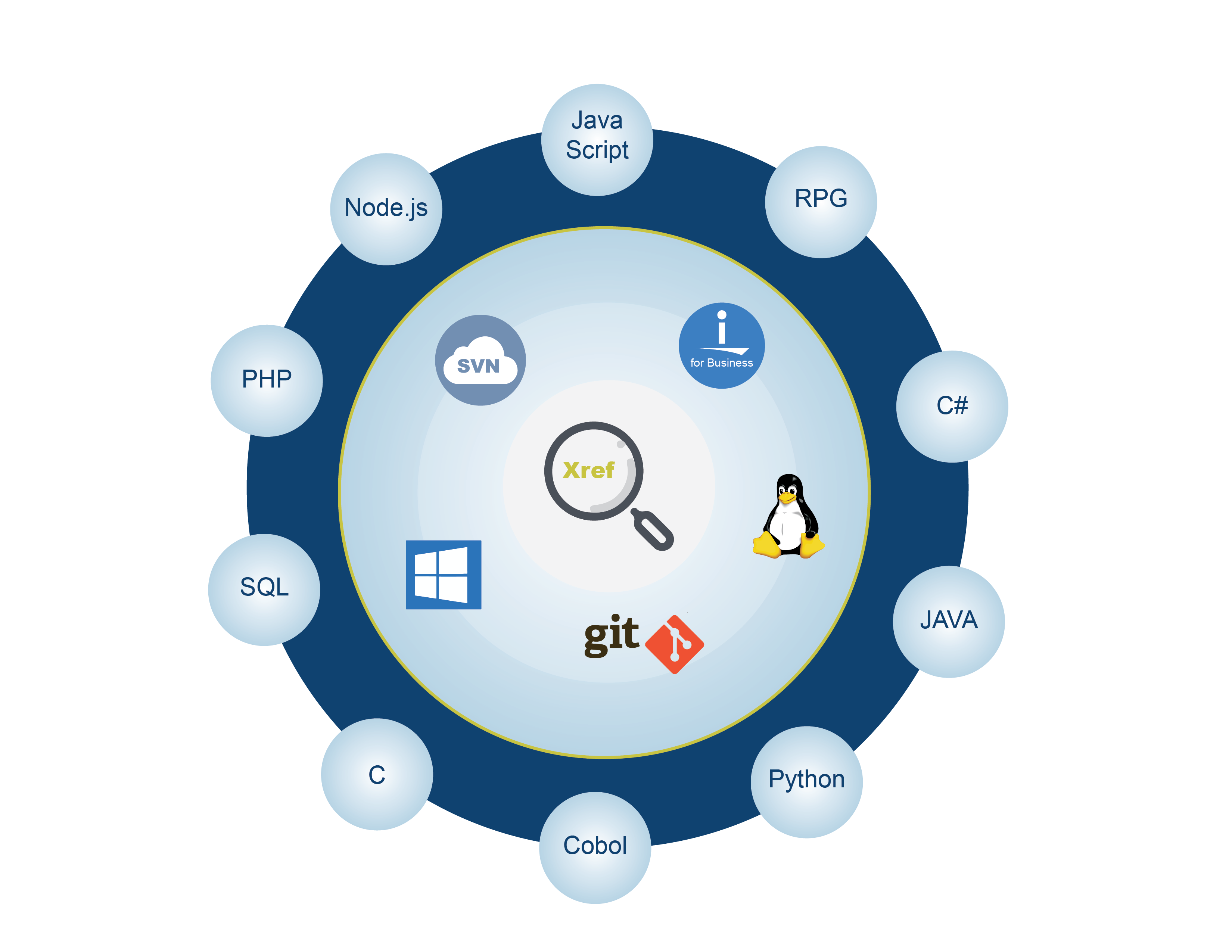 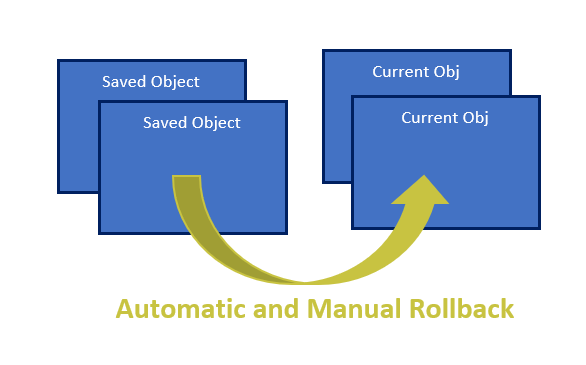 TD/OMS includes both automatic and manul recovery (rollback). The process provides the ability to return to a previous version or previous state of your production or test environments in the case of an error.

With the TD/OMS rollback option you will be ensured that the system will return automatically to the previous version if any errors are encountered during a deployment. TD/OMS' multi-platform architecture fully supports continuous deployment and is a fully automated process, including the rollback mechanism assuring that implementations are atomic, meaning that either all or none of the objects in the transfer are transferred, never a partial.

In case of code changes, developers can examine previous versions of their programs with our automatic version-control system and restore the complete source or restore parts of it with our compare and merge functionallity.

Quite often a review of source changes for an object is needed. TD/OMS provides two options for comparing and merging sources: From the green screen, there is a menu option to launch a source compare and merge. And in our GUI there is an option to compare revisions. Simply by clicking on compare revisions and selecting the revision to compare to, the two sources are then displayed highlighting the differences.

TD/OMS source compare and merge enables a user to review the differences between multiple revisions and also to merge the changes. 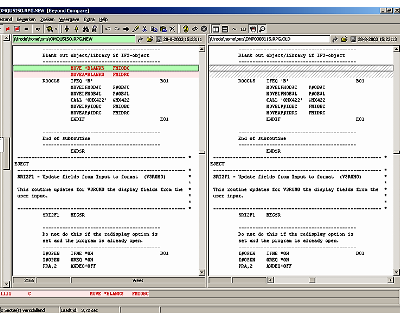 In TD/OMS RCP or RDi there is a 2- and 3-way source merge and compare function available which allows the user to perform a comparison of a source against a revision with the possibility to merge changes into the development source. 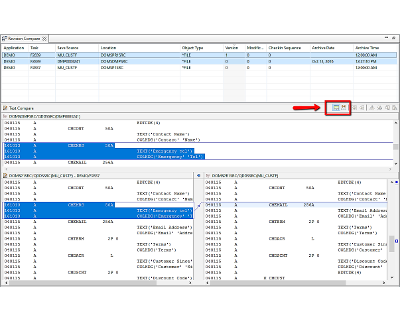 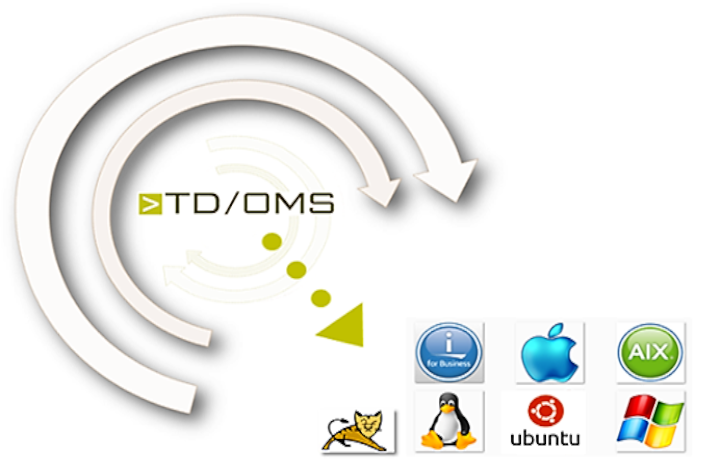 Deployment through TD/OMS provides a standard process to which all managed objects must adhere when moving through the development cycle. The developer does not need to determine where an object needs to be promoted to, resulting in reducing the risk of an error and increasing productivity by automating the deployment process.

Our Deployment handles all IBM i objects and non-IBM i objects, including client components. TD/OMS Deployment for the non-IBM i platforms extends the same deployment technology used to deploy to IBM i to platforms such as Windows, Linux and Unix systems.

TD/OMS Deployment enables reliable and repeatable deployments of non-IBM i objects with a standard base of templates that can be used to deploy to well-known applications such as Tomcat, WebSphere and SQL database servers.

The TD/OMS GUI provides real-time information on deployments, and you can instantly obtain feedback on the state of the deployments and direct access to the transfer logs of running and completed jobs. 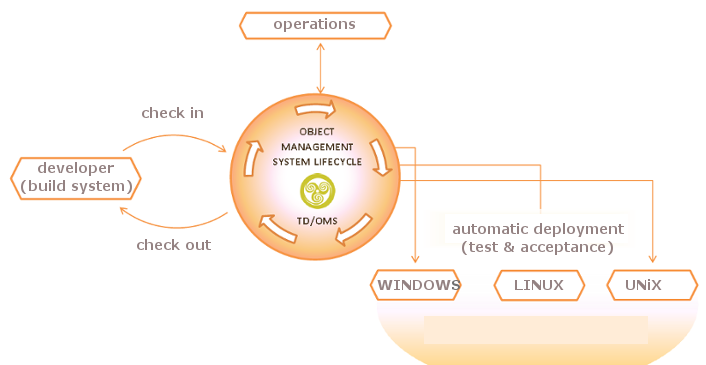