TD/OMS encourages collaboration between teams by providing easy-to-use components to access the information about changes that have been done in the system and promoting peer review and an approval process incorporating all teams. Fusion provides quick answers on what code was changed, and Fusion Pro shows total impact of code changes for third-party upgrades. This information can then be easily communicated to the user community. Utilizing TD/OMS as your ALM solution makes all aspects of the development cycle visible and shareable between teams.

The Ratification option in TD/OMS is the process of approving the transfer of modified objects by one or more members of authorized staff. Ratification can be added to any environment and is used to guard the quality of the developing work associated with a fix or a request. The process can also be described by such terms as confirmation, approval and validation. The process can be used for peer review, user-testing acceptance or manager approval to promote objects to production. The process is completely configurable and is easy to set up.

To either approve or not approve a task, the authorized user takes the Ratification option in the GUI or green screen (there is also an API that can be used), enters his or her password and clicks "Yes" or "No" and enters a comment. If Ratification is turned on, tasks will be not be allowed to move to the next environment until a *YES approval has been entered. 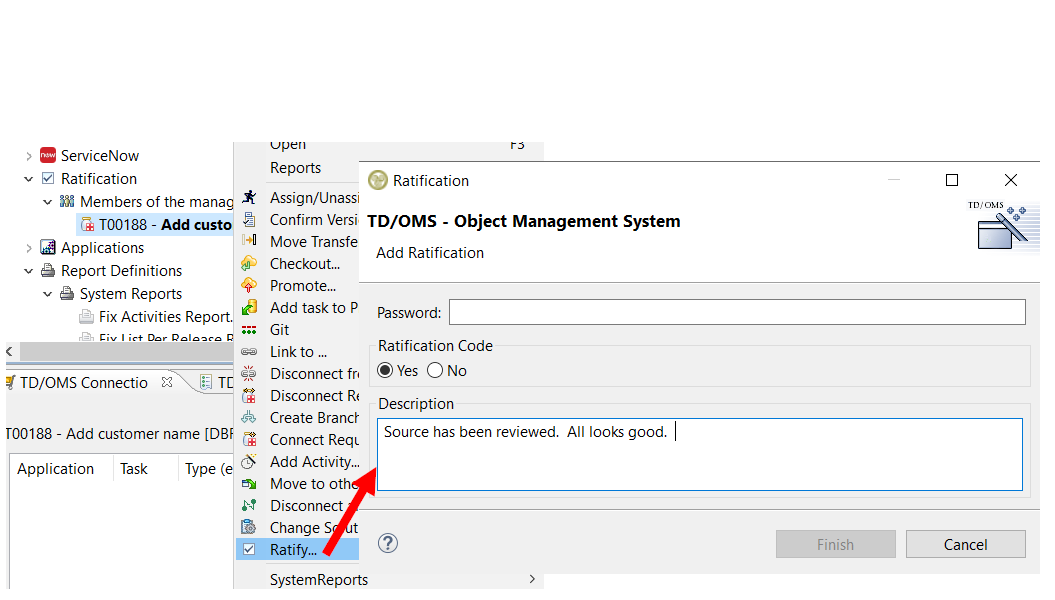 TD/OMS keeps track of the complete history of your application. This information is valuable when your software is audited or if you simply need to access historical information. The information supports SOX compliancy, ISO and HIPAA compliance. TD/OMS provides easy access to the information an auditor requires, reducing the time needed to conduct an audit and saving you time, money and headaches.

Application lifecycle management (ALM) is a repeatable process; therefore, confirming the validity of the process confirms the validity of all applications which utilize it.  This also substantially reduces the time required for an audit.

Furthermore, by using TD/OMS you can prove that the validated process is enforced. Auditors can ask ad-hoc questions about how a program change came to be, and the self-documenting capability of TD/OMS will bring the auditor to all relevant information with just a few clicks of the mouse. 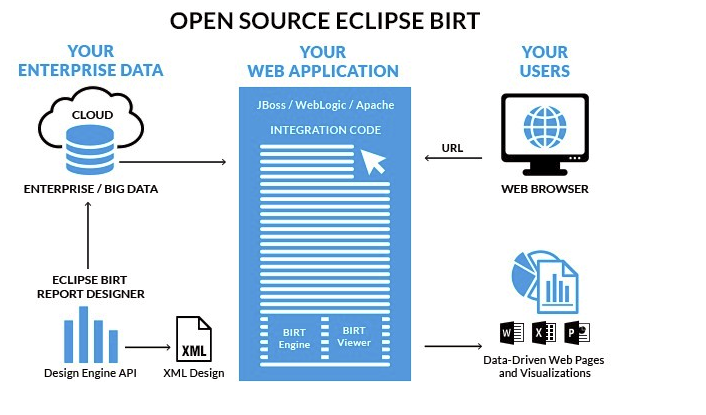 We use BIRT as our report generator

BIRT is an open-source reporting solution used to create data visualizations and reports that can be embedded into rich-client and web applications. BIRT consists of several components:

The main component includes a report designer and the BIRT runtime, but BIRT also provides three extra components: a chart engine, chart designer and viewer. With these components, you can develop and publish reports as a standalone solution.

BIRT is the gold standard in terms of open-source business intelligence packages, and that's why TD/OMS integrates with BIRT. BIRT can be utilized within the Remain Eclipse GUI or within Rational Developer for IBM i.

Information gleaned from embedded BI tools such as BIRT may be used in both real-time decision making and to track and analyze historical data or ongoing developments. We include several reports with TD/OMS that were built with BIRT. Utilizing BIRT you can customize these reports or you can design your own, including: lists, charts, crosstabs, forms and documents, and compound reports with multiple features.

Change management for off-the-shelf applications has its challenges. The problem usually starts in the very beginning when off-the-shelf applications are customized to meet the customer requirements. When a software supplier sends an upgrade, the changes made by the customer are out of sync, and a cumbersome manual process of retrofitting takes place.

TD/OMS, with its built-in functionality called Fusion, can manage changes to not only in-house-developed applications but also for any IBM i off-the-shelf application.

Another challenge facing enterprises is that before an upgrade of the third-party application, users want to know what the impact will be on their custom changes. Fusion can help you easily determine the impact of the changes and will generate the relevant work within TD/OMS. 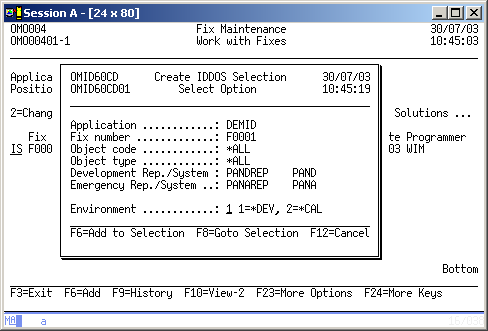 When customers start to maintain their own version of an ERP system, it slowly drifts away from the maintained version from the supplier. In many cases, retrofitting custom changes into the supplier version proves to be a labor-intensive process which, when combined with the lack of commonly available testing tools, makes the retrofitting process an unnecessarily laborious process of manual changes and manual integration testing, which has led to the adage, “If it ain’t broke, don’t fix it.”

Sometimes this process is so involved that companies make the decision to not upgrade or to do upgrades without adequate knowledge of the impact of the changes.  Fusion Pro as a part of TD/OMS allows the user to conduct a fast, effortless, stable and successful upgrade of the application that will work properly. Fusion Pro allows a comparison of complete libraries of sources, and the developer can merge the sources. The first annotated merged version is a source which can be compiled and contains all the details of the merge, allowing the developer to see exactly what has happened.